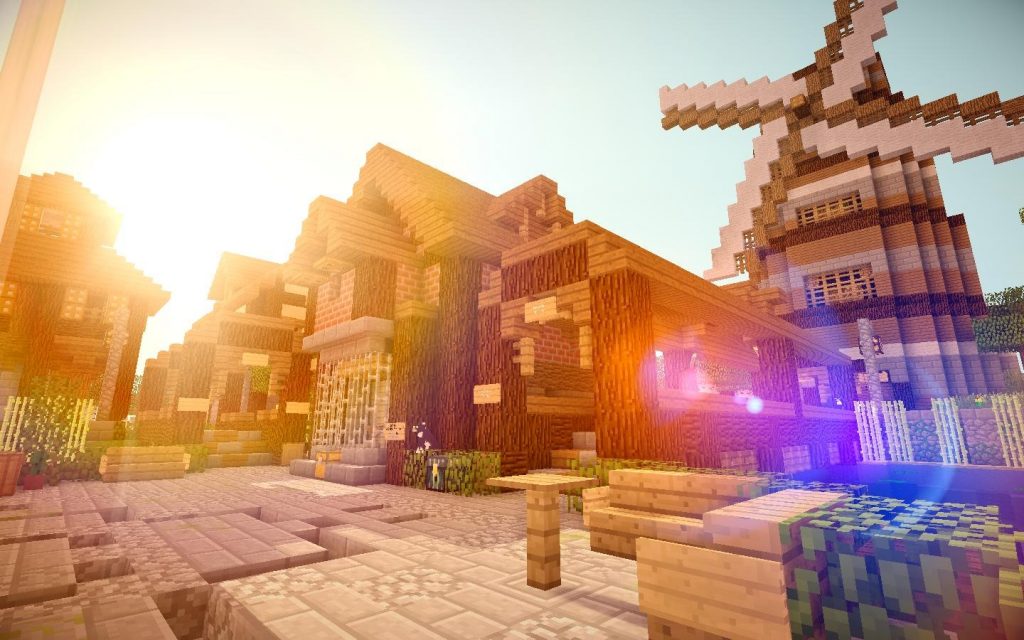 Winthier was founded in the January of 2012 by hkenneth. LanceDH and I were admins from the start (technically, I joined a few weeks after the fact). Some of you may remember the survival world we had back in the day. It is still accessible for viewing on the Museum server. In spirit, that server wasn’t much different from the one that we play on today. There was McMMO instead of Skills, and we had a player run market and auctions.

Almost exactly one year later, Winthier experienced the first world reset. A whole new server was set up with a brand new, heavily customized world, now knows as the Extreme world. It featured exciting and unique landscapes nowehere else to be found. Along came a whole new set of feature plugins, including economy and dragon travel. In the meantime, the old worlds were moved to the legacy server, now known as the Museum. As you would expect, everything got wiped, from inventories over skill levels to credits.

It wasn’t until March of the same year that hkenneth decided to move on to other things and I agreed to continue running the Winthier servers and its community. My first order of business was to maintain consistency, improve or fix the features we were already used to, instead of making big changes and potentially turning players away. After all, I had yet to prove to you guys that I could run the server the way we had all grown accustomed to in a satisfactory way. There would not be huge paradigm shifts, removals of beloved plugins or resets of lived in worlds for a very long time.

Fast forward to December of 2013. The Extreme world was almost a year old. It had been discovered that while the breathtaking landscape of our main world was a continuous incentive for exploration, it lacked some features that you would expect from vanilla Minecraft worlds, such as witch huts and leaf decay, to name a few. While looking for a solution to this, I was still in the mindset that I should not take anything away from you guys, so another world reset was out of the question, and felt a bit premature anyway. Our solution was instead to add another survival world created by the vanilla generator, known as the Parallel world. It would coexist with the Extreme world, have its own Nether dimension, and we gave you guys Link Portals to move more easily between the two survival worlds, making the transition as smooth as possible. Nobody lost anything.

In 2014, we all experienced big changes in the world of Minecraft. Mojang changed its end user license agreement. The development team of Bukkit, the software that runs all our servers, resigned from duty, and left behind a lot of uncertainty on whether and how server owners could carry on. Nobody knew if it would even be possible to run old or new plugins on the upcoming version 1.8 of Minecraft. It was clearly a bad time to try anything new and adventurous in the world of Minecraft. Luckily, that story had a happy end, business could continue as usual, and so we did.

2015 was the year where we moved on to redefine what our server was all about and how it should continue. Minigames were added, the Skills plugin was rewritten. Many third party plugins were replaced by custom creations; a trend that continues until this day. We reviewed many guidelines on how staff was selected and how events should be managed. This was the year when we started the habit to have weekly events, which rejuvinated the entire server life and keeps bringing all of us back together every week, until today. Map making became a possibility for everyone on the server. Many of you have contributed their creations to our pool of playable Minigame worlds, so that now thanks to our awesome community, we have dozens of maps to choose from, providing the diversity that a good Minigame experience needs. To me, it suddenly felt like playing on a whole new server, except for one last thing that was in the back of the minds of everybody who helps running the show…

In January of 2016, we absorbed the Blocky Nights community. This was hkenneth’s and Astriii’s Minecraft server, entirely unrelated to Winthier, but sharing most of the staff. It had been launched in mid 2015, but by now, both the owners needed their free time for other real life projects, so they and I agreed that Winthier would host their survival world instead, and their new community would be redirected to us. It was a smooth transition since most regular players from Blocky were already familiar with Winthier, or knew somebody who was. Once again, a new world was added to our survival server without abandoning any of the existing ones.

This is where we are now, half a year later. Winthier has a long and proud history. If you came from Blocky, your world is a year old. If you play in Parallel, which is still the default for all new survival players, your world is two and a half years old. If your base is located in the Extreme world with its exciting mountains, you live in a dimension that has been created three and a half years ago. Any of these options is a proud age, especially in this game. It is incredibly common in survial multiplayer to start fresh after one to two years. Each of our worlds, even the one where I had no control over its creation in the first place, is still around and older than most servers out there.

Virtually everybody who plays on Winthier already has an established base with overflowing storage chests and more money in the bank than they could ever spend. There have been several major updates to Minecraft of which you never got to experience the early game on the Winthier servers, unless you are a Winnilla player. If you read this entire article so far, you know where it is going. Winthier will leave the old behind and move on to another world, starting fresh in our new home. This has been a long time coming and now, it’s about time. We will get a new world, start with fresh with new bank accounts, inventories, and skill levels. What you get to keep are your custom titles earned through events, Minigames, or other achievements. The current world will remain on the Museum server. Our website and IP will of course stay the same. Further details will be posted in the following days.

When exactly this will happen is not exactly clear, but we are very close to determining the day, so the wait will not be long. Until then, you may find that we test some new plugins that have been prepared for the new server on Winthier. The new Chat system was only one of many developments, so keep your eyes open for new and exciting features, as well as the next announcement on this website. Thank you for your attention. I hope you guys are excited about this as I am. 🙂

This entry was posted in Cavetale on 2016-06-16 by StarTux.
Newer post
Comments are closed